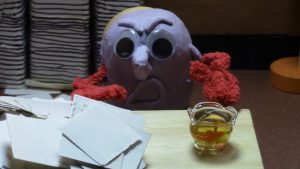 “Christopher Mendez is a talented and hardworking young man who is dedicated to the art of filmmaking,” says Professor Boris Gavrilovic, Assistant Professor of Communication at Centenary University. “I am very pleased that his film was selected for the PROJECT FX Film Festival.”

ABOUT PROJECT FX
The PROJECT FX Statewide Student Film Festival and Competition is presented by Bank of America and is back for its second year. This year’s competition features 20 student-made films, ten from high schools and ten from colleges. Out of all the films in the college category, four films come from Montclair State University, two films from Princeton University, and one from each of the following institutions: Rutgers University, Seton Hall University, Ramapo College of New Jersey and Centenary University. The film will be voted upon by an esteemed panel of judges, the live festival audience and potentially hundreds of thousands of people voting via social media. The Grand Prize Winner will receive a paid internship experience with Sony Pictures Classics.  The first runner-up will receive a Sony camera and the second runner-up will receive a $500 cash prize.

For more information about the festival, visit the website www.CountBasieTheatre.org or call the Box office at 732-842-9000

About the Count Basie Theatre
The Count Basie Theatre is a non-profit organization whose primary mission is to serve the people of the State of New Jersey by providing a broad spectrum of quality entertainment and education programs that reflect and celebrate the diversity of the region, foster understanding and appreciation for the ennobling power of the performing arts, and create opportunity for cultural enrichment for people at all economic levels.
About Centenary University
Founded in 1867 by the Newark Conference of the United Methodist Church, Centenary University’s academic program integrates a solid liberal arts foundation with a strong career orientation. This mix is designed to provide an educational experience that prepares students to succeed in the increasingly global and interdependent world.

Centenary University’s main campus is located in Hackettstown, N.J., with its equestrian facility in Washington Township (Morris County).  The Centenary University School of Professional Studies offers degree programs in two locations: Parsippany and Edison, and at corporate sites throughout New Jersey.  The School of International Programs recruits international students for study at Centenary and Centenary students for study abroad opportunities.