Hackettstown, N.J., April 12, 2018—Centenary University will present its prestigious Gold Dome Award to Mount Olive residents George W. and Nancy Johns Paffendorf at its annual scholarship gala on Thursday, May 3. Our Diamond of Dreams Scholarship Gala will begin at 5:30 p.m. at Perona Farms in Andover, N.J.
Since its inception, the gala has raised more than $2.5 million to provide scholarships and educational opportunities for Centenary students. This year’s event will also contribute funding to a new baseball complex slated for construction on campus. 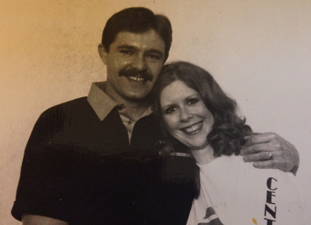 The Paffendorf family has a long and proud history with Centenary University. Married in Whitney Chapel on campus in 1972, Nancy and George have spent many years working and volunteering on behalf of the University, its students and the local community. “Centenary has been a defining element in our lives for so many years,” Nancy explained, noting that the Paffendorfs have attended many Centenary scholarship galas. “It’s been so intertwined with who we are.” George added that the couple was surprised when notified of the award by Centenary University President David P. Haney. “That’s what makes it all the more special,” George said. “It’s an awesome honor.”

Nancy has been active with Centenary for more than 40 years, much of that time as an employee. The recipient of three Centenary degrees—an associate degree in 1979, a bachelor’s in 1981 and a master’s in 2006—she retired in March as the dean for community and university engagement. Nancy has also served as a member of the Alumni Association Executive Board for more than 20 years, was named one of Centenary’s original 125 Distinguished Alumni in 1992 and received the Dominick V. Romano Community Service Volunteer Award at the 2016 commencement. 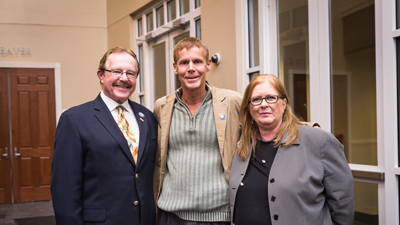 An honorary member of the University’s Class of 2007, George is volunteer director of Operation Centaur, a therapeutic riding program for veterans, and is the volunteer assistant director of TRAC (Therapeutic Riding at Centenary), an equestrian program for at-risk youth, seniors and people with disabilities. He was a major in the U.S. Army and served as New Jersey’s state director of youth programs and special initiatives before his retirement. A member of the Essex Troop, George was recently knighted to the Order of St. George by the United States Cavalry and Armor Association. He and Nancy have two children, a daughter, Devon, who is a Centenary graduate, and a son, Jerry, a Montclair State University graduate who studied at Oxford University through a program offered at Centenary.

For tickets and sponsorship inquiries for Our Field of Dreams Scholarship Gala, or to make a contribution, go to https://alumni2.centenaryuniversity.edu/2018gala or call (908) 852-1400, ext. 2336.

ABOUT CENTENARY UNIVERSITY
Founded in 1867 by the Newark Conference of the United Methodist Church, Centenary University’s academic program integrates a solid liberal arts foundation with a strong career orientation. This mix provides an educational experience that prepares students to succeed in the increasingly global and interdependent world. The University’s main campus is located in Hackettstown, N.J., with its equestrian facility in Washington Township. The Centenary University School of Professional Studies offers degree programs at two locations, Parsippany and Edison, as well as online and at corporate sites throughout New Jersey.