Centenary Then and Now

Tradition runs deep at Centenary University. Throughout its history, beloved customs have linked generations of Centenary students and alumni.

Many have changed over time. Literary societies of the 1890s evolved to #theVIBETRIBE, an online student community, and students have traded white Centenary jackets for Cyclones spirit wear. Yet these mainstays of early campus life remain enduring reminders of the deep pride students and alumni have always felt for Centenary. 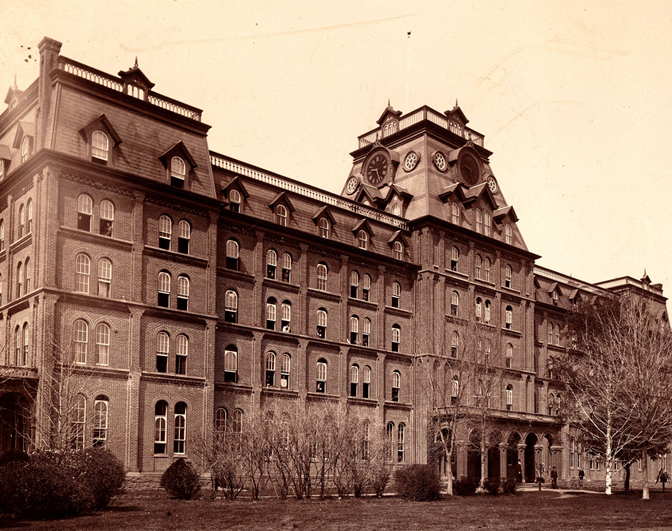 Seeking to establish an “academic institution that shall be an honor to the church and a blessing to future generations,” Centenary Collegiate Institute (C.C.I.) is founded by the Newark Conference of the United Methodist Church in Hackettstown, N.J. Ten prominent citizens of the town donated $10,000 and 10 acres of land to build the Institute. 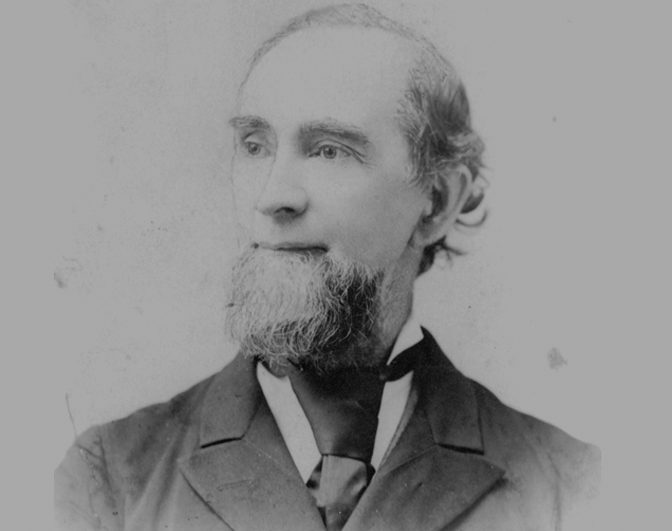 Thousands attend the opening of the Institute and the official inauguration of Rev. George H. Whitney, the first president of Centenary. Another milestone is celebrated when more than 100 students are welcomed to the first academic year of classes. 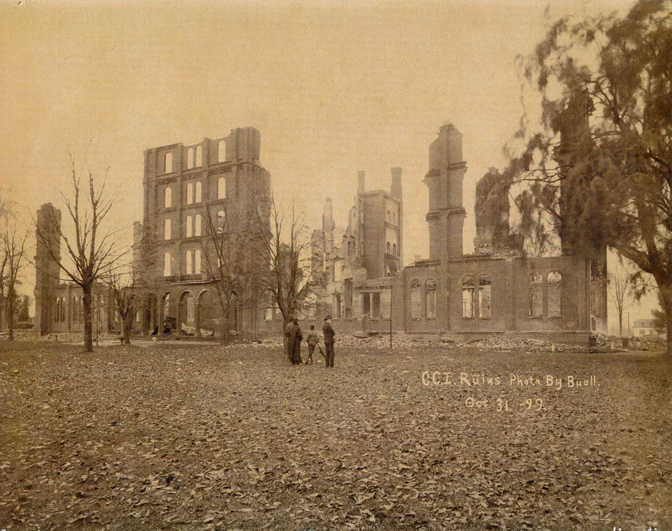 Fire destroys the main building of C.C.I., and amazingly, every student and faculty member escapes unharmed. Classes resume at local churches and construction of a new building begins. Centenary’s signature structure, the domed Administration Building, is dedicated in 1901. 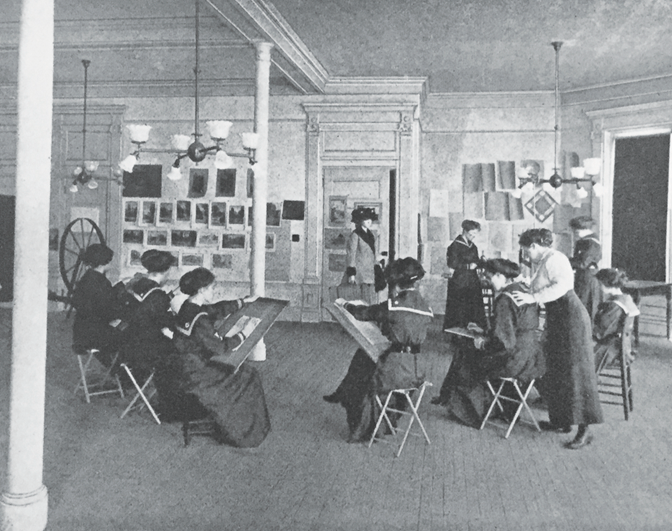 In response to increasing numbers of female applicants, C.C.I. becomes an all-girls’ preparatory school. Centenary remained a single sex institution until the Board of Trustees unanimously voted to return to coeducation in 1988. 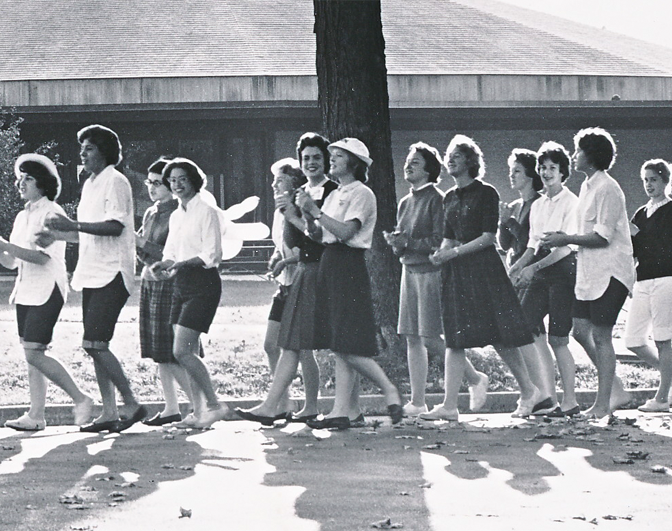 America’s post-war boom is in full swing and so is Centenary. New residence halls, Van Winkle Hall, the Taylor Memorial Library and Reeves student union building were constructed in the late-1940s and ’50s during the administration of President Edward W. Seay. 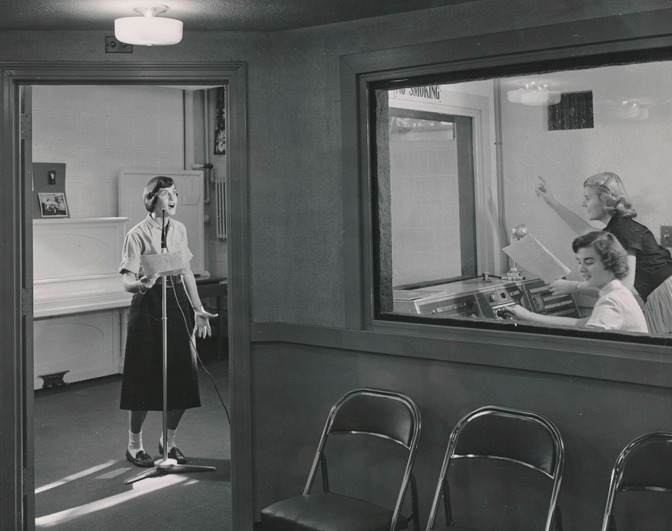 The FCC grants an FM broadcasting license to Centenary that becomes WNTI, the station that gave broadcast professionals like Carol Lackland ’54 their start. WNTI, currently housed in the David and Carol Lackland Center, continues its broadcast legacy as an Internet radio station. 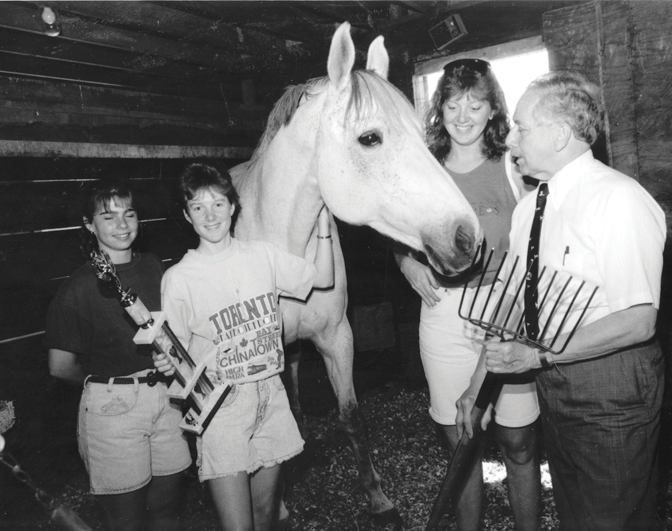 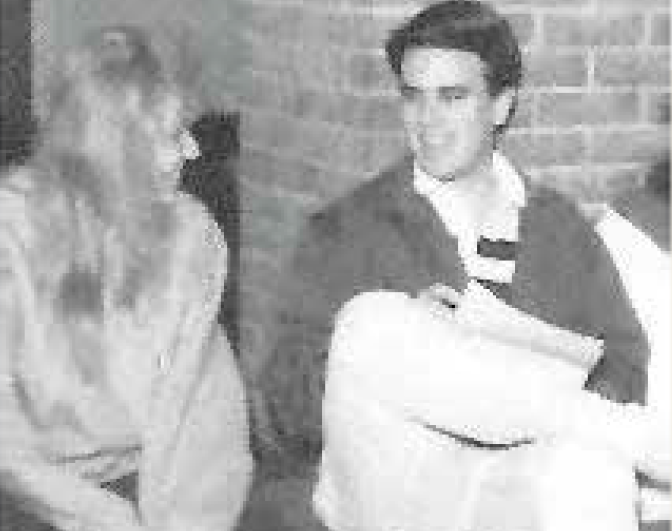 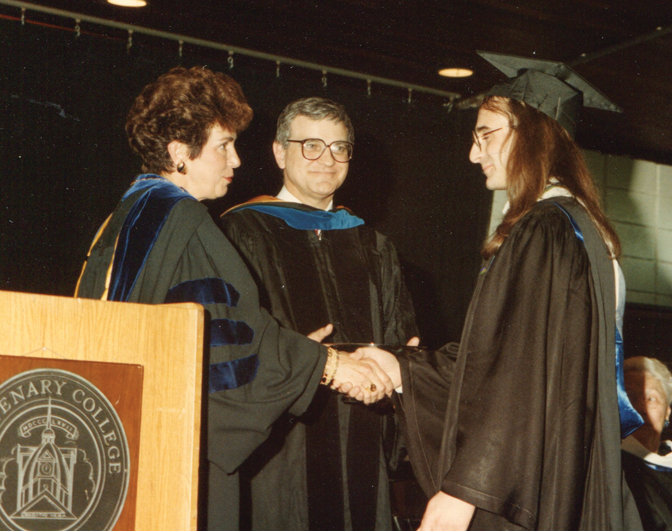 First graduate program, a Master of Arts in education, is introduced. Today, Centenary has grown to offer 15 master’s degree programs. 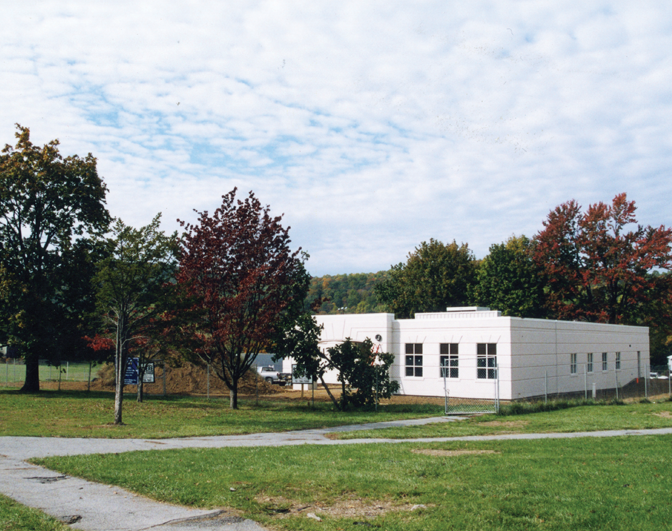 Centenary continues its transformation with the support of a historic capital campaign. The Littell Technology Center and a new residence hall are constructed. In subsequent years, Centenary will open a second student residence, Founders Hall, and renovate and expand the John M. Reeves Student Recreation Center, enhancing opportunities for Cyclone teams. 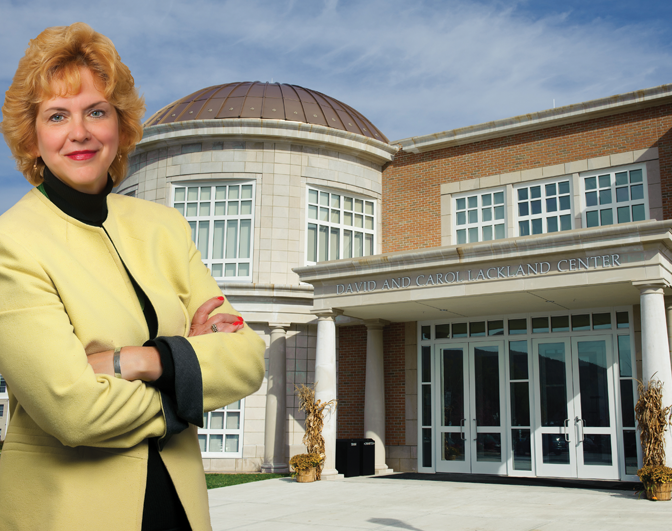 At the 141st commencement, Lewthwaite and the Board of Trustees announce that Centenary University has been granted University status by the New Jersey Secretary of Higher Education. The elevation to a University reflects Centenary’s evolution and growth into a bachelor and graduate degree-granting institution that serves as a beacon for the northwestern region of New Jersey. 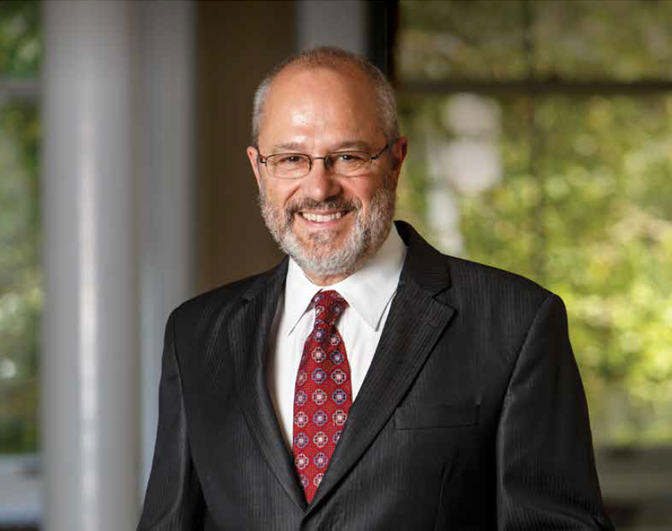 Dr. David P. Haney became the 13th president of Centenary University on July 1, 2016. Dr. Haney served as Vice President for Academic Affairs at Emory & Henry College, a liberal arts college in Southwest Virginia for four years. Previously, he served for nine years at Appalachian State University where he was English Department Chair and then Vice Provost for Undergraduate Education.

At the University Archives located in Taylor Memorial Library, a treasure trove of historical documents and artifacts evoke Centenary’s past. Archivist Colleen Bain and her staff have undertaken the mammoth task of cataloging the collection. Bain’s efforts have revealed fascinating tales of long forgotten practices, as well as traditions that have withstood the test of time. 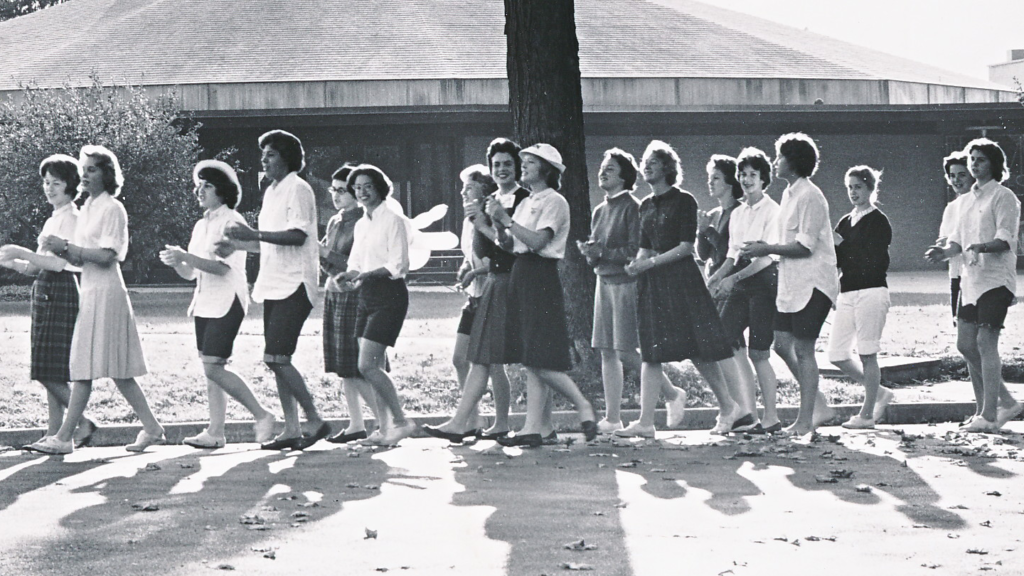 These mainstays of early campus life remain enduring reminders of the deep pride students and alumni have always felt for Centenary.

The school newspaper, for instance, still publishes a satirical April Fool’s Day edition, a spoof started by Spilled Ink, a student newspaper dating back to the 1930s. A 1952 edition cleverly co-opted the newspaper’s masthead to rename the publication Spilled Bilge. After a long hiatus, the current student newspaper, The Quill, reintroduced the April Fool’s edition, which remains as a student favorite. Associate Professor of English Lisa Mastrangelo, Ph.D., calls Bain “an invaluable resource to the students.” Mastrangelo’s composition students tap the archivist’s expertise for writing assignments centered on University history. Pouring through photos, yearbooks, dining hall menus and scrapbooks kept by early students and administrators, the students hone research, writing and problem-solving skills such as dating photos through historical markers. Along the way, they also develop an appreciation for the traditions that have helped to shape Centenary.

The first stop on the campus history trail for many students is the murder of Tillie Smith, a domestic at what was then the Centenary Collegiate Institute, who was found strangled on campus in 1886. For years, students and staff members have reported sightings of her ghost on campus. In Reeves and Smith Halls, it’s rumored by students that Tillie turns on and off electronics.

Other Centenary lore is much tamer, but no less fascinating. The annual “Salamander Celebration” symbolized the institution’s rebirth and a rekindling of school spirit after the Oct. 31, 1899 fire that destroyed the original Centenary building. The event invoked the mythical qualities of the salamander, rumored to have the abilities to extinguish fire and rise from flames. On the fire’s anniversary, Centenary students made speeches and burned a model of the original Centenary building. The tradition seems to have ended around 1910, when Centenary became an all-female institution.

Like present-day students, Centenarians throughout history have also built traditions and social occasions around meals. At the turn of the 20th century, evening meals were more formal than those served in today’s casual student Dining Hall. Women were required to wear white gowns to dinner, and in 1907, oysters appeared on the menu regularly. Far from a quirky observation, the revelation that reasonably priced oysters were once available in student dining halls sparked an examination of the larger social and cultural issues that influenced menu selection in 1907.

“Oysters were a common culinary item during the period,” Mastrangelo explained, “but we can also make connections to changes in ecology, over-harvesting and climate change.” Another formal event, teas in the President’s House, are still fondly recalled by many Centenary alumnae. Bain noted that archival photos of women sipping tea while wearing pearls don’t tell the full story of Centenary students in the mid 20th century.
“We tease that these women were raised to marry well, but the reality was that they went on to do wonderful things. Many attended prestigious universities or worked as chemists during wartime.”

“We tease that these women were raised to marry well, but the reality was that they went on to do wonderful things. Many attended prestigious universities or worked as chemists during wartime.“

Sometimes, Mastrangelo’s students discover strong links to their own education. Equine major Kaitlyn Johnson ’18 delved into the history of horses on campus, a tradition that dates to the 1920s. Centenary’s early riding courses and clubs have grown into one of the strongest and well-known University equestrian programs in the country. “[Equine] started as part of a physical education requirement. It was one of the options students could complete,” explained Johnson, who researched the history of her major using yearbooks and articles from industry publications. In addition to discovering the origins of equine at Centenary, Johnson learned facets of the curriculum that have remained constant (riding lessons have been a requirement throughout the program’s history) and changed (early equestrians wore hats instead of helmets and skirts instead of breeches).

“Kaitlyn not only made discoveries about the history of the University, but of her own program,” Mastrangelo said. “It made mme realize that there is a lot you can do with the equine major,” added Johnson, who is concentrating in equine business management.

Joe Frankosky ’17 drew connections between his Cyclones baseball team and Centenary athletic squads of the 1890s. Long before the Cyclones, Centenary had an unofficial mascot named Togo, the athletic coach’s dog. Time gave way to new dogs and different breeds—always named Togo. Frankosky was intrigued. “It’s weird how you develop an emotional attachment to the subject you’re researching,” he said. Answers found in primary sources preserved in the University Archives sparked new questions. Searching an online archive, Frankosky discovered that Togo was the athletic mascot for a school in the Midwest years before the coach came to Centenary. On Senior Day last spring, Frankosky even recreated a photo of an early Centenary baseball team with his Cyclones teammates and his own dog, Mona.

Investigating Centenary’s past not only boosted Frankosky’s research skills, it furthered his understanding of the University and its place in history. “You get to see what you are researching,” he said. “It gives you an appreciation for how things used to be and how they are now.” 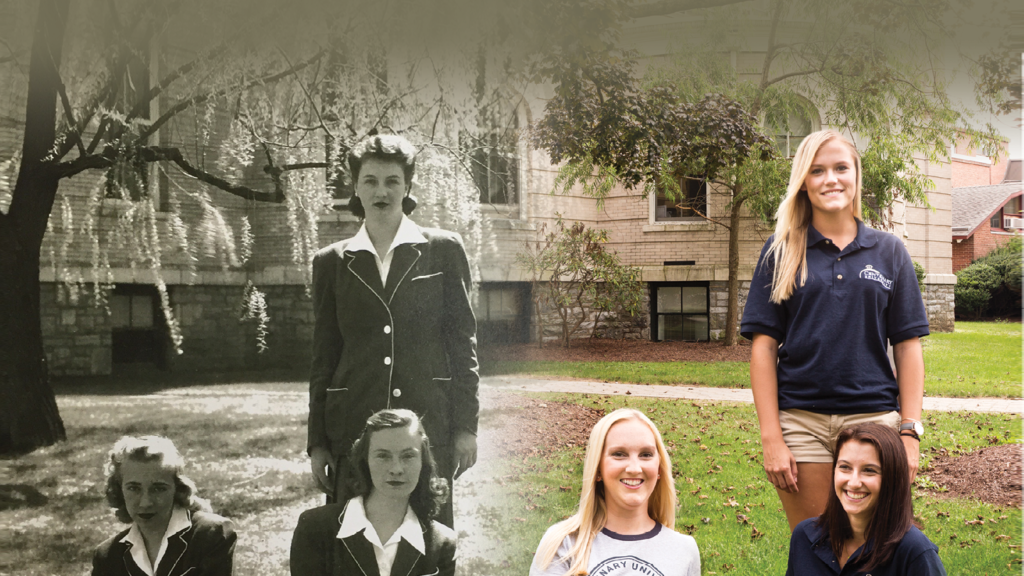 As the University prepares to celebrate its 150th anniversary, the archives staff and Mastrangelo’s students have emerged as ambassadors connecting the past with the present. Courtney Butrymowicz ’17 studied scrapbooks kept by Editha Trevorrow, dean of students and wife of 1917 to 1943 Centenary President Robert Trevorrow. Without the scrapbooks, much history from that era would be lost, Butrymowicz wrote in a paper. “People would not know what college was like in the 1930s and 1940s. This scrapbook truly captures her life at Centenary, and what it was like for a student to go to Centenary.”

Mastrangelo agrees. “The groups in my classes definitely have a much greater awareness of the history of the campus. They feel like they have inside knowledge of Centenary, and are sharing it.”