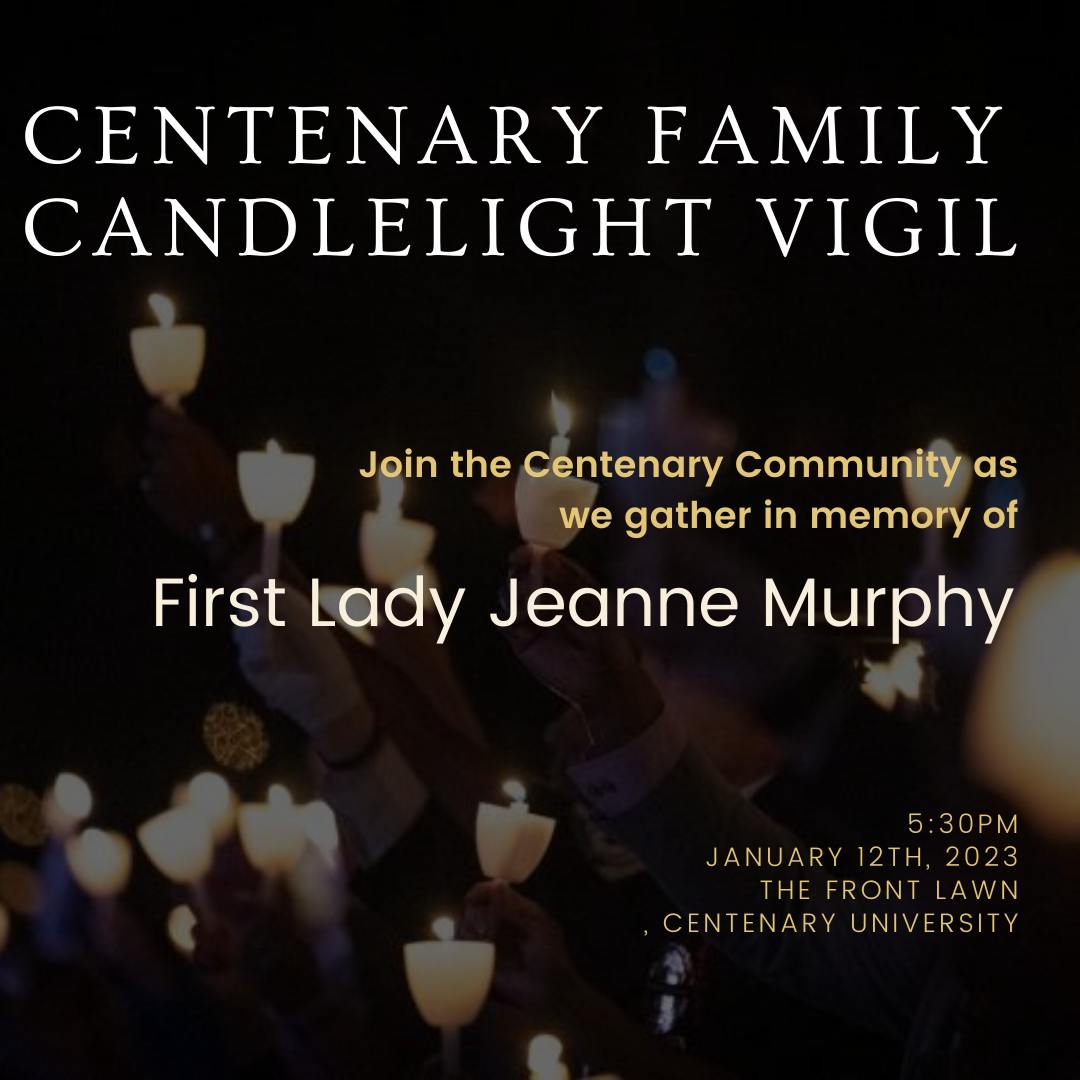 Centenary University First Lady Jeanne Murphy, wife of President Bruce Murphy, Ed.D., passed away on Sunday, Jan. 8. She was the victim of a hit-and-run accident on Saturday, Jan. 7 while on her morning walk in Hackettstown. A retired U.S. Army colonel, Mrs. Murphy was devoted to her family, as well as working to advance the futures of Centenary University students and veterans. She also took great joy in her dog, Weegee, who was adopted by the Murphys last year.

Since Dr. and Mrs. Murphy arrived at Centenary three years ago, they have been enthusiastic supporters of the University, and were familiar faces at many student and alumni events. Mrs. Murphy held a special place in her heart for the University’s Equine Studies program, especially TRAC (Therapeutic Riding at Centenary), which provides horsemanship opportunities for disabled riders and veterans. An Army nurse, her professional experience and knowledge of the field helped to inform the University’s new RN to BSN degree.

Mrs. Murphy was also extremely active in the local Hackettstown community, including as a member of the Hackettstown Business Improvement District (BID), Women’s Club of New Jersey, and especially at community and University events honoring fellow veterans.

During her 30-year career in the military, Mrs. Murphy served with distinction in many leadership roles. She was a member of the United States Olympic Committee Board of Directors and chaired the USOC Multi-Sport Organizations Council for 10 years. For the 2004 Olympic Games in Athens, Greece, she was designated Chef de Mission for the U.S. Paralympic Team. A former competitive runner and swimmer, Mrs. Murphy was the first woman ever selected to the U.S. Modern Pentathlon Team in 1975.

Arrangements will be announced at a later date. As the Centenary University community mourns this terrible loss, we ask that you pray for Dr. Murphy and his family, while affording them the privacy to grieve.

Counselors will be available on campus this week for the Centenary community to share their feelings about the loss of Mrs. Murphy.