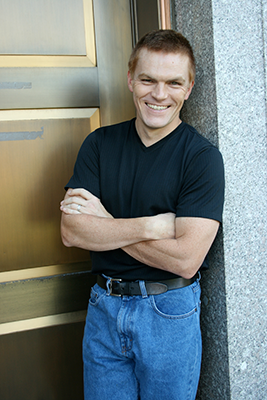 Stephen Davis is an Associate Professor of Theatre Arts at Centenary University, the Program Director for Shakesperience: NJ, and a proud member of the Actor’s Equity Association. Stephen has a B.F.A. in acting from The Theatre School at DePaul University, as well as an M.F.A. in directing from USC, where he received the Two Thumbs Up Teaching Award for making a difference in the lives of students with learning disabilities.  While at Centenary, Professor Davis was honored with both the 2014-2015 Distinguished Teacher of the Year Award and the 2010-2011 United Methodist Exemplary Teaching Award. He teaches classes to all ages in Shakespeare, stage combat, theatrical makeup, acting, directing, playwriting, video production and movement for the theatre.

Shakespeare in The Schools Programs

June 2, 2014 article
Assistant Professor of Theatre Arts at Centenary University in Hackettstown gives back to the community

January 14, 2013 article
Centenary Assistant Professor of Theatre Arts gives back to the community