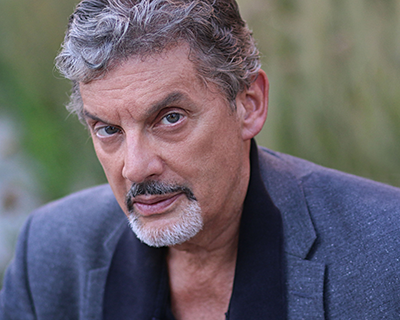 Professor Wallnau is Chairman of the fine Arts Department and Artistic Director of the Centenary Stage Company, a not-for-profit equity theatre at Centenary University. Recent acting credits include Serge in ART and Joseph Pulitzer in Newsies for Centenary Stage, Lionel Percy in Bakersfield Mist (Bickford Theatre at the Morris Museum) alongside 4 time daytime Emmy Award winner Kim Zimmer, Dr. Watson in The Hound of the Baskervilles and Pandarus in Troilus and Cressida (Pennsylvania Shakespeare Festival) and Hermocrates in Triumph of Love at Bristol Riverside Theatre.

He has directed numerous productions including the world premieres of Inventing Montana, The Tillie Project and The Poetry of Pizza, as well as, the American premiere of A Laughing Matter and the New Jersey premieres of Below the Belt, Square One, Rounding Third, Marvin’s Room and The English Bride, which later transferred to NYC for a run at 59E59. Wallnau has been cited for outstanding direction in productions of Springtime for Henry, Learned Ladies, Ladies Man and Quartermaine’s Terms among others.

He has worked at numerous regional theaters including Paper Mill Playhouse, The Arden Theatre, Second Stage in NYC, York Musical Theatre in NYC, People’s Light, The Lark Theatre, The Pennsylvania Shakespeare Festival, Hartford Stage, Bristol Riverside, Forum Theatre, Premiere Stages, Orlando Shakespeare Company, Arts Center of Coastal Carolina, Foothills Playhouse, Theatre 1812 in Philadelphia, Barnstormers, Bristol Riverside and 14 months on the road with the First National Tour of Titanic. He received his MFA from Rutgers University Mason Gross School of the Arts and is married to his favorite actress, Colleen Smith Wallnau for whom he wrote Mary Todd-A Woman Apart which had an Off-Broadway run in NYC.