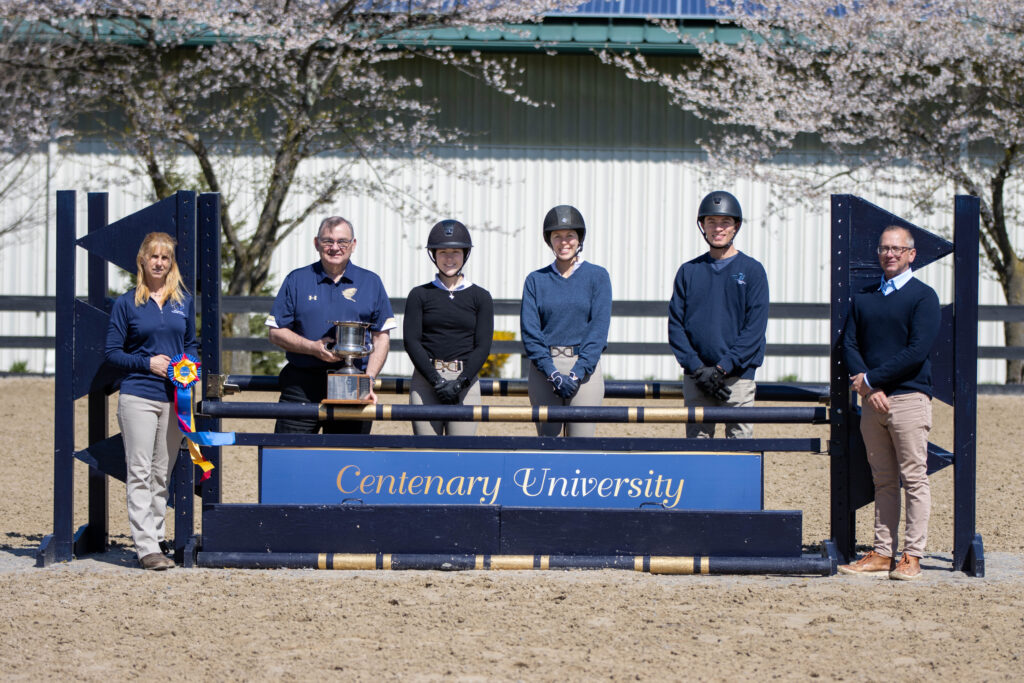 sponsored by the American National Riding Commission (ANRC)—which promotes the American System of Forward Riding—is judged and scored on equitation skills and sound horsemanship practices. This year, the University hosted the national competition at the Centenary University Equestrian Center in Washington Township.

Centenary won best overall team with 159.97 points, edging the Savannah College of Art & Design by a little more than a point. The University’s Benjamin Hoban,  Morgan Munz, and Haylie Kerstetter all placed in the top 10 in the individual standings, with Hoban and Munz in second and third. The University also took first in the National Written Phase of the competition, with Kerstetter and Munz placing first and second; first in National Derby Phase with Hoban placing second; first in National Medal Phase with Munz placing second; and second in National Program Ride. The national collegiate team, which represents the University’s highest level of riders, is coached by Tara Clausen and Michael Dowling.

“We are incredibly proud of Centenary University’s riders,” said Kelly Munz, chair of the Equine Studies Department. “It’s very exciting that our National Collegiate Team won this competition. In addition, novice riders are up and coming, so that speaks to the future of Centenary’s program. All of our students rode donated horses, so I’d like to thank all of the donors and professional trainers who support collegiate programs like Centenary’s.”

One of the top college equine programs in the country, Centenary University has produced countless leaders in the sport, as well as numerous nationally-ranked riding teams. Academically, the University has a near-perfect track record for student acceptance to selective veterinary schools over the past five years. The University’s riding teams also have an impressive history, winning ANRC national titles in 2013 and 2016. This year, Centenary’s IDA  team placed fourth at the 2022 Theraplate Intercollegiate Dressage Association National Championship in Virginia on April 22-24, with Sophie Wayner named the individual champion and winner of the Trip Harting Memorial Trophy—First Level and Jodie Miller named individual champion and winner of the Marybeth McLain Memorial Trophy—Introductory. Centenary’s IDA team is coached by Sarah Simms., who also won the Lifetime Achievement Award for 2022.