HACKETTSTOWN, NJ, Nov. 17, 2022—When students moved into Centenary University’s residence halls to begin the fall semester, approximately 70 were current enrollees of Sussex County Community College—extending a partnership between the two educational institutions in northwestern New Jersey. Now in its second year, the agreement fills underutilized space in Centenary’s residence halls, while allowing the community college students to experience life on a four-year campus. 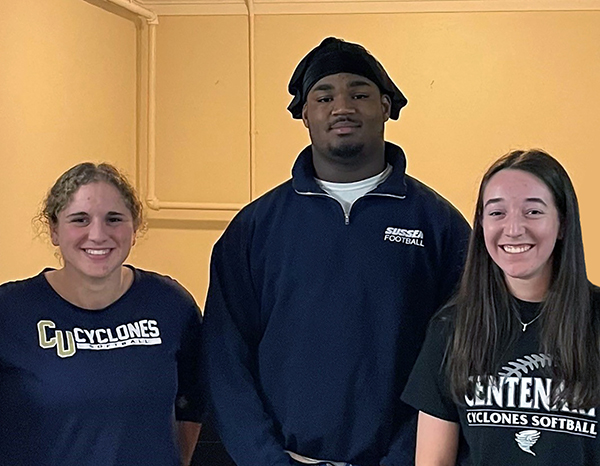 The pact represents a broader trend in higher education among small colleges and universities forging partnerships, in everything from academics to student life, to enrich the college experience and create smoother pathways for associate degree recipients to enroll at four-year institutions to finish their bachelor’s degrees. For the partnering institutions, these unique agreements also make a positive impact through increased efficiencies, greater diversity, and the potential to boost enrollment.

Only 25 percent of community colleges across the nation offer student housing, according to a recent survey by the American Association of Community Colleges. Yet, community colleges today attract students from a much broader geographic area as they seek to introduce new academic and athletic offerings and increase diversity on campus. SCCC now offers several athletic programs, including football and soccer, and as a result, recruits student-athletes from outside the region. Many of those student-athletes chose to live on campus at Centenary during the 2021-22 academic year.

The partnership between Centenary and SCCC began two years ago with a formal path to transfer agreement, which simplifies the process for the county college graduates to transfer to Centenary for a bachelor’s degree. The housing arrangement further strengthens the relationship between the two institutions, said Kerry Mullins, vice president for student life and dean of students at Centenary University.

The residence life partnership is so distinctive that Centenary and SCCC officials were invited to deliver a presentation on its rollout at a recent conference sponsored by the Middle States Commission on Higher Education. “Relationships like this are crucial to two- and four-year institutions with limited resources,” Mullins explained.

In looking at an institution’s strategic plan, you need to be both intentional and innovative to form a mutually beneficial partnership. In this case, providing housing to SCCC students who are far from home, while at the same time maximizing the vacancies in Centenary’s residence halls, is a win-win.

In the first year of the agreement, more than 70 SCCC students lived on Centenary’s campus while attending classes at the county college, which is located in Newton, NJ, less than 17 miles north of Hackettstown. The students predominantly hailed from New Jersey, along with other states along the east coast and central portion of the United States. This fall, two international students from SCCC are also living on Centenary’s campus.